Marketing Tips that we can Takeaway from ‘The Greatest Showman’ 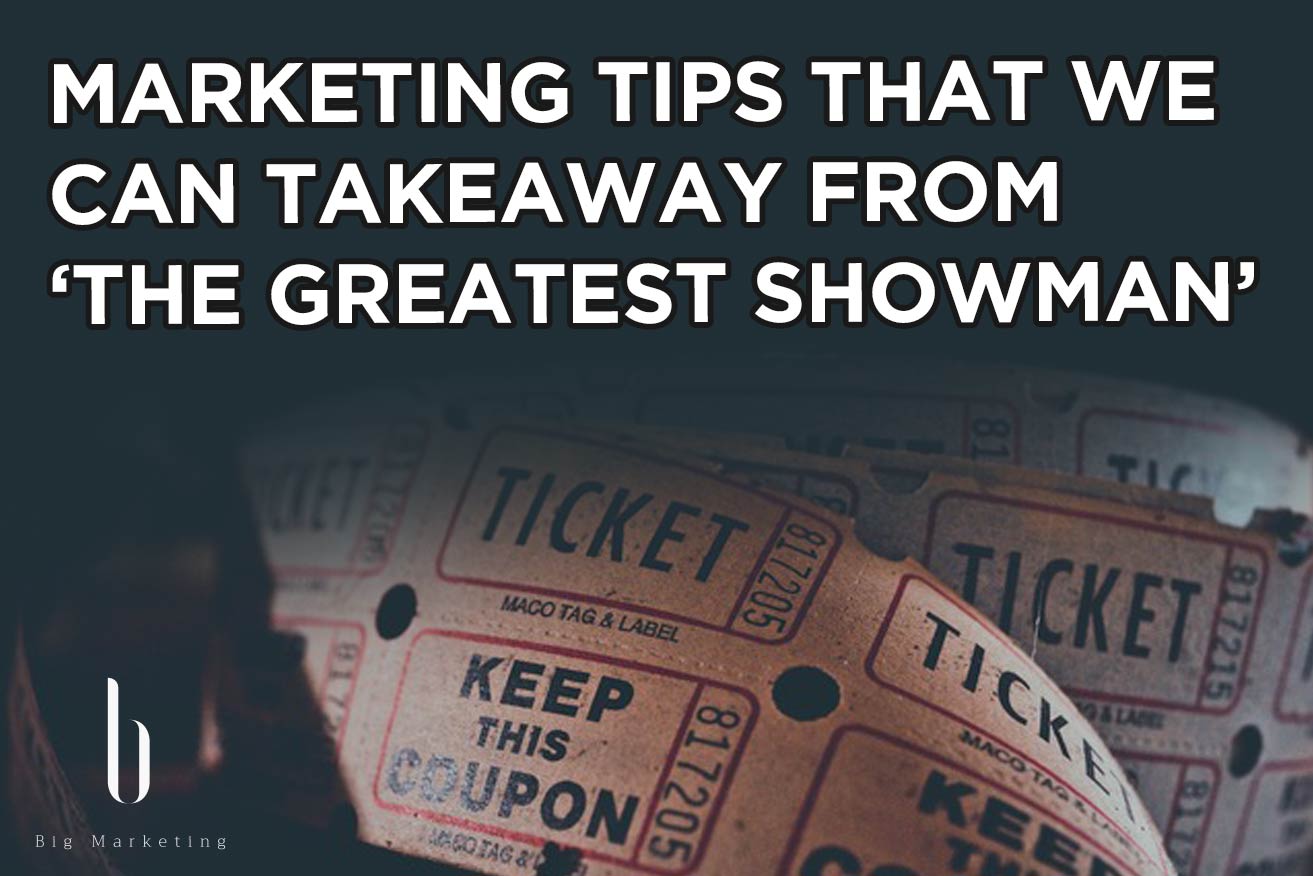 ‘The Greatest Showman’ is the latest musical gracing the big screen at the moment but we’re here to show you why it’s so much more than another great cinematic piece. Based on the true story of P. T. Barnum, who is still regarded by many as one of the greatest marketers of all time, the marketing strategy for the film has in many ways mirrored those of its real-life 1800’s inspiration.

So, what can a modern day business owner take away from both the legendary P. T. Barnum and the new film, ‘The Greatest Showman’?

Believe in your Product:

Even when ticket sales were plummeting and even though musicals are notoriously difficult to bring success to in this day and age, neither Barnum nor director Michael Gracey ever gave up on their idea. They both believed in the product that they were pushing and both proved to be a huge success as a result.

Marketing Tip: If you’re launching something new, you will have to work hard in the beginning to gain the trust of your potential market but if you believe in what you’re promoting, then other people eventually will too.

Understand the Power of the Press:

Barnum himself stated that there “is no such thing as bad publicity” and he was right, to an extent. His shows were often met with controversy and the film’s positive portrayal of the Barnum & Bailey Circus has also been met with some criticism. But, in both cases the controversy has resulted in a crowd. So, while you don’t want to deliberately strive for controversy, there are times when it can be used to your advantage.

Which was something that Barnum was particularly good at doing and part of his success can definitely be attributed to the fact that he never underestimated the power of the press, be it good or bad. After one particularly scathing review hit the papers, he had a snippet published alongside a discount available to anyone who brought the ad to the counter. The result? A sell-out show.

And the promotion of the film has been no different. There have been endless amounts of reviews published about the film. Some have included positive interviews with the cast and some have featured not-so-positive write-ups comparing the positive portrayal by Hugh Jackman to the real Barnum. But the varied features have led to continued press coverage, which has led to ticket sales.

Marketing Tip: Never underestimate the power of a feature within the press.

Give people more than they are expecting:

Barnum could have simply kept the same acts on his stage, time after time, but people would have eventually become bored of his performances. And Barnum strongly believed in the importance of providing high value for his customers. So instead he sought out new acts that helped to create a sustained level of excitement over a lengthy period of time and kept people coming back for more.

When it came to promoting ‘The Greatest Showman’, they could have simply stuck to the traditional route of releasing a trailer that is then followed by the movie itself. But they did far more than that. They had several different posters created, they produced a live advert and even now they are continuing to release behind-the- scenes snippets, all alongside regular press features. This meant that people were talking about the movie long before it was released and are still talking about it now, both offline and online, because there is constantly new content to discuss.

Marketing Tip: Do more than is necessary when it comes to promoting your campaign. It will make your brand more memorable and give people a reason to return again and again.

Use paid and unpaid advertisements to build excitement:

If there was one thing that Barnum knew how to do well, it was how to drum up excitement by using a mixture of paid for and free advertisements.

Barnum was particularly brilliant at envisioning the headline for a new act and he repeatedly produced posters containing catchy copy to entice in crowds. These were often picked up by the papers, which helped Barnum to reach a much wider audience than he could ever have hoped to do alone.

Promotion for ‘The Greatest Showman’ followed a similar tact in the way that they also saw the importance in utilising the power of the people. To begin with printed posters and planned trailers were produced, which worked to initially spread the word but as excitement began to build a social media strategy was introduced. Teaser clips, cast interviews and a live advert were posted online; the Facebook community then helped to spread the news of the movie on a much wider scale by sharing these posts widely.

Marketing Tip: Make the most of both unpaid and paid advertisements, especially when it comes to releasing a new product, promoting a event or launching a new strand to your business. This will help you to extend your reach to a much wider audience.

If you would like any help in getting your next product launch or business venture off the ground, contact us today to organise your FREE consultation.