A simple survival guide for the 2018 Facebook Algorithm Update 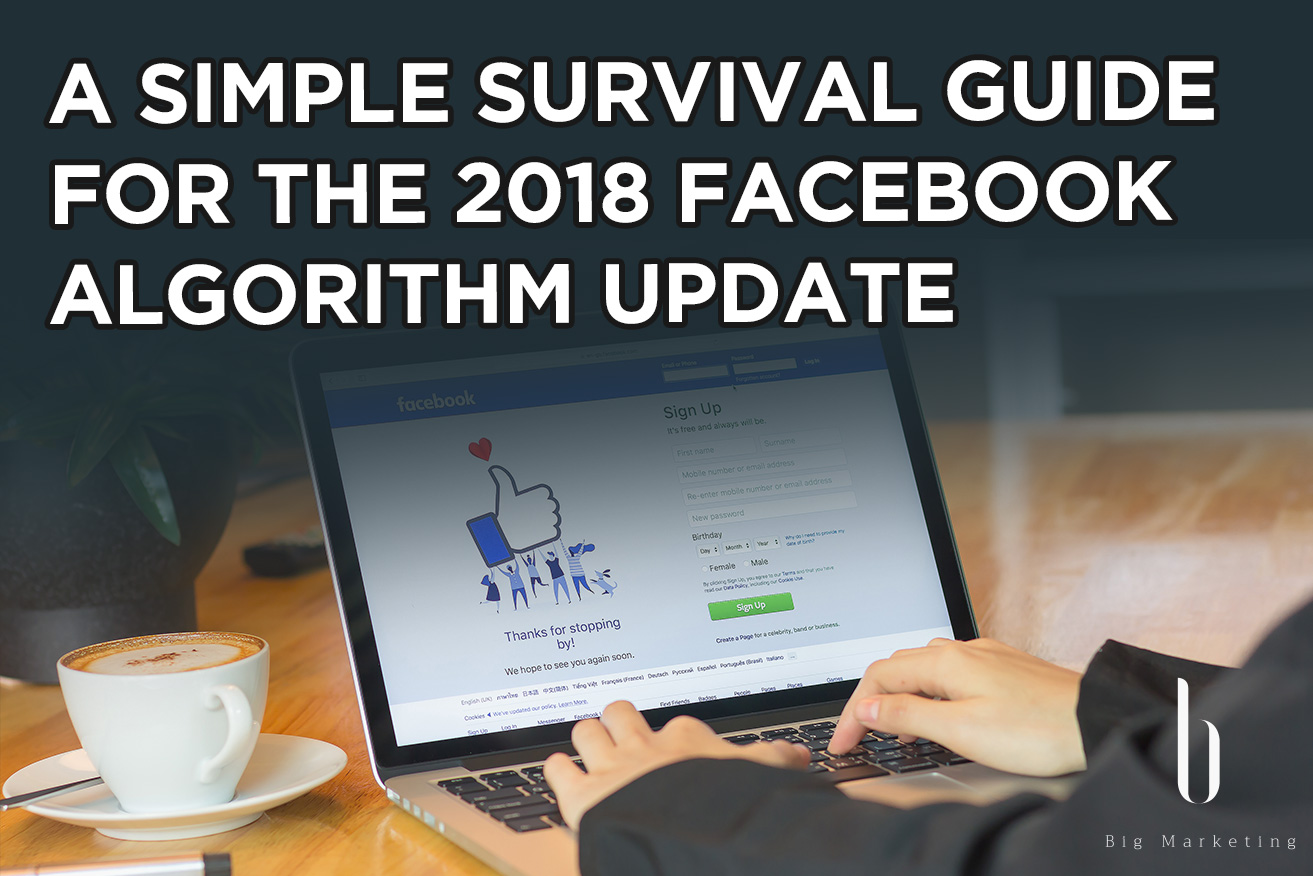 A simple survival guide for the 2018 Facebook Algorithm Update

At the start of the year, Facebook announced that it would be rolling out a new algorithm update. As a result, Mark Zuckerberg took to the platform to reveal that Facebook users will now “see less public content like posts from businesses, brands, and media”. Which, naturally, led to panic within the marketing world. But there’s no need to despair just yet. While nobody except the team behind Facebook knows exactly how the algorithm works, there are a few tips and tricks you can follow to ensure that your business continues to reach the right people.

What is an algorithm?

Before we get started though, let’s just check that we are all on the same page as to what an algorithm actually is! Put simply, an algorithm is a piece of code that sorts posts on users’ feeds based on relevancy and the likelihood that they will actually want to see them, rather than on publish time.

You’ll find them on all social media platforms including Instagram, Twitter, and Facebook. So it’s incredibly important that you understand how to work with the algorithms if you’re looking to build a digital presence for your business.

Increase the amount you engage!

The biggest thing to remember when it comes to the Facebook algorithm, or any algorithm for that matter, is that you need to work with it (not against it) to get anywhere.

Sometimes it can feel as though the algorithm has been designed to punish you but it really hasn’t! Algorithms are designed to improve the user experience. And that is clearly the motivation behind Facebook’s latest change. Mark Zuckerberg stated that he is trying to bring back more “meaningful interactions”, so that is exactly what you need to be trying to create on your page.

Continue posting quality content that encourages your followers to comment. And then spend the time (or hire an agency to do it for you) replying to comments. The more activity Facebook sees taking place on your page, the higher up the News Feed your posts will be placed.

But don’t fall into the trap of asking for engagement.

Facebook has revealed that using what they’ve termed as ‘engagement bait’ in your posts will lead to a decrease in the reach of your posts. That means adding in lines such as “comment on this”, “share with your friends” or “tag someone who will love this” will now see your posts demoted to the bottom of the News Feed. 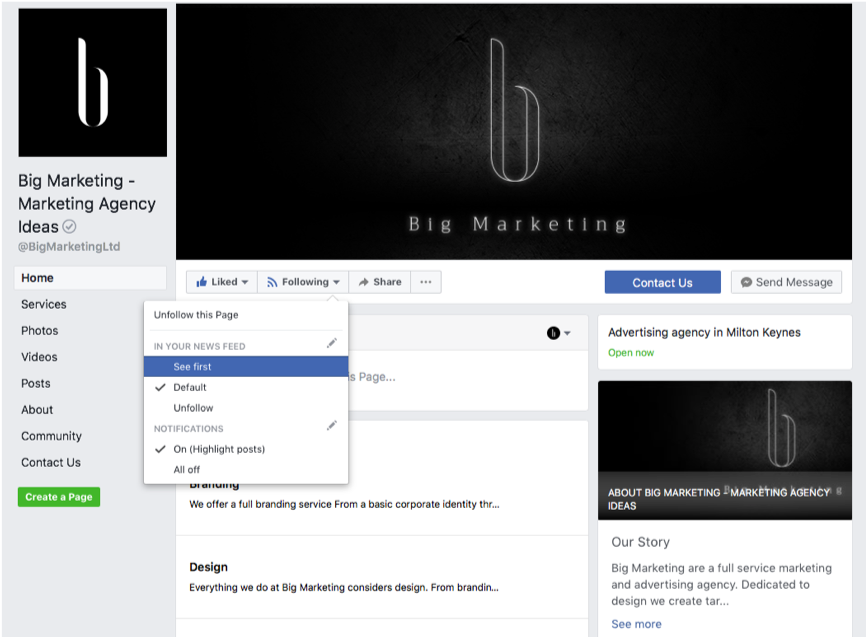 One of the few elements of the Facebook News Feed that isn’t changing is the ability to favourite pages. Marking a page as a favourite means that you’ll see their posts first when you log in, no matter what the algorithm thinks of them. So don’t be shy about asking your followers to select that ever-important “see first” option on your page.

Utilise the new tools: Get started with Facebook Live

Facebook Live is one of the latest additions to the platform and as a result, it is being favoured as a key player in helping users to grow a loyal following. Zuckerberg has stated that he believes that “live videos often lead to discussion among viewers”. So, as it is clearly a feature that is favoured by the founder, it makes sense to put some of your energy into using it. Use it to show a more personal side to your business, start up a conversation with your followers or use it to answer your most frequently asked questions!

Growing a community. It’s the phrase that Facebook continues to circle back to whenever they are asked about their motivation behind the latest algorithm update. Facebook groups rely entirely on audience engagement to run, so if you can use them well, they can be a great way of beating the algorithm. Don’t spam the groups though as that is a sure-fire way of getting yourself blacklisted. Instead, find groups that are related to your field and join in the conversations. This tactic is more of a slow-burner when it comes to extending your reach but, when used well, Facebook groups can aid you in building a strong, organic following. You could even set up your own group to help establish yourself as an authority and to give your own followers a place to connect with one another!

Years ago the only way to get your business seen was to pay for advertising. Nowadays we have become so used to using social media as a free form of promotion that it’s often easy to forget that investing in digital advertising can be a big growth changer for your business. If you haven’t got the time or the know-how to build yourself a strong and engaged digital footprint, then it would be wise to outsource to a social media specialist. If you do feel confident in your posting abilities, then spending a bit of your monthly budget on Facebook advertising will help to extend your reach.

Still feeling a bit daunted by the new algorithm? We have a specialised digital team that can help to tackle the algorithm beast for you. Call 01908 326 666 or email info@bigmarketing.co.uk to find out more about our social media services.